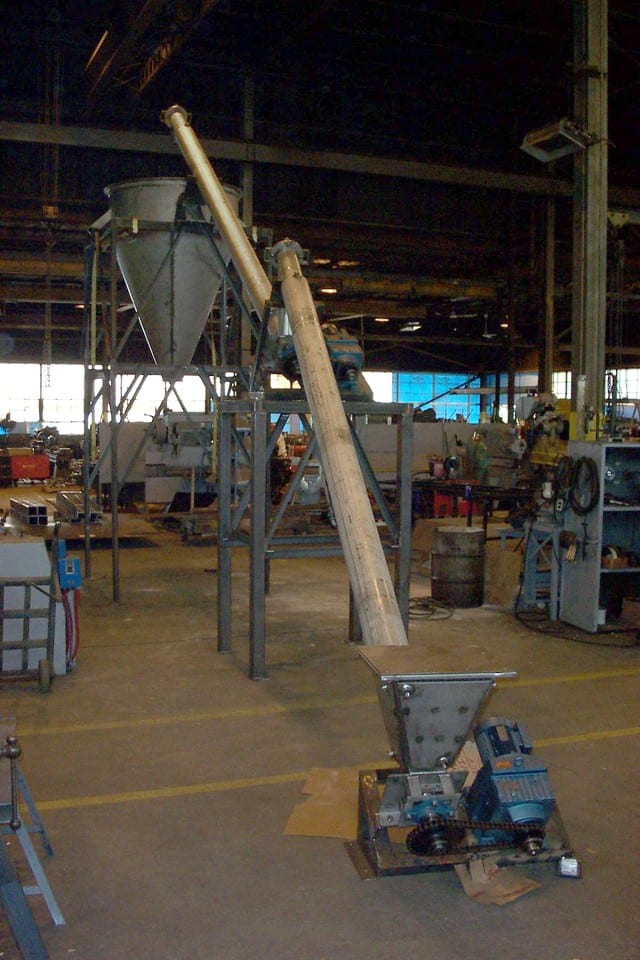 S. Howes was approached by a battery manufacturer that needed to replace a flexible screw conveyor system which was not performing to the company’s standards. The product being conveyed was a chemical powder which needed to be cooled from 650 degrees to 100 degrees before it could be bagged. The system designed by S. Howes was comprised of two screw conveyors with cooling jackets, framework to support the system and a surge bin which discharged into an existing weighing system. A unique feature of the system was the low (less than 8) rpms that the system required in order to properly convey and cool the powdery product. The product was tested in S. Howes’ testing facility to determine the proper specifications for the system.