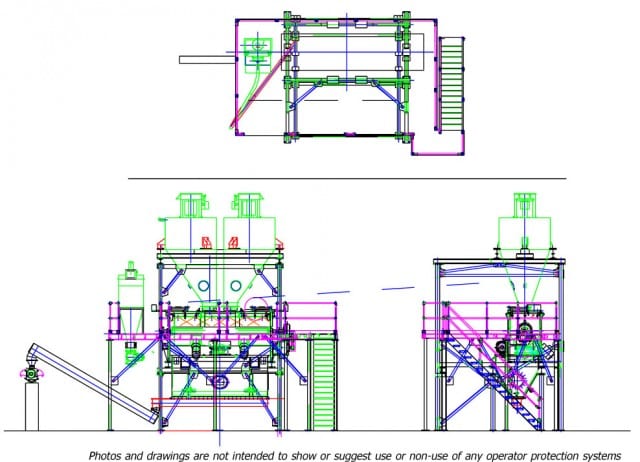 S. Howes was approached by a bakery products manufacturer to assist in the development and construction of a flour- based mixing and bagging system. This system was to be located in a new facility allowing the comany to expand operations and be closer to the customers of the final packaged product. S. Howes designed the system and worked closely with sub- contractors who provided several of the ancilliary components.

The system was designed to handle 5,000 lbs of flour and minor ingredients. which were blended for five minutes per batch.

50 lb. bags were loaded by an operator on a mezzanine designed to hold three pallets. The product was mixed, sifted, and pneumatically conveyed into a hopper for staging prior to being loaded in to an automatic bagger.

The system was erected at S. Howes’ facility where the customer inspected and approved the quality and functionality of the equipment. The system is currently used 24 hours a day, 14 days per two weeks.